LifeBuilders of the Treasure Coast, Inc.

In the past decade there has been a movement towards problem-solving courts. These courts believe in the premise that no amount of incarceration will “fix” a client who is likely addicted to drugs, has few job skills and little or no education.  After observing the cutting edge pro-active programs and services being put forth by the 19th Judicial Court System, LifeBuilders is committed to helping support this holistic approach to rehabilitation and helping to encourage the creation and development of a contributing citizen.

We believe that given the opportunity and the tools, an individual can change the direction of their life.  Although substance abuse is the number one reason many individuals become involved in the criminal justice system, it is not the only deciding factor whether or not they will re-offend. 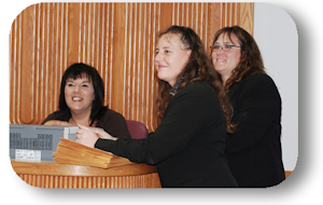 These problems all play a part in shaping an individual's future, especially once they have made one poor choice and found themselves face to face with trouble. LifeBuilders truly believes that an individual, if given the right tools, can be successful.  Diversion Courts and Individualized Sentencing Plans have proven that the cycle of crime can be broken.  LifeBuilders understands that individuals who suffer from co-occurring disorders (mental illness and substance abuse diagnosis) often cycle through the criminal justice system and recidivate at an astounding rate of 78%, according to the Bureau of Justice Statistics (BJS).  However, if these same individuals are given the proper tools and the opportunity to dedicate themselves to a program of recovery, rediscovery and retraining have a far lower chance of being rearrested. In fact, individuals who successfully complete the Mental Health Court program are only seven percent likely to be rearrested.

Diverting individuals out of traditional courtrooms and into specialized treatment courts clearly works.  It not only helps the individual, but also protects the community by assuring that an individual who has dedicated himself to change will become a productive member of the community.

Additionally, individuals who are supported with re-entry assistance upon release into society during and after incarceration show a dramatic drop in recidivism. Lifebuilders of the Treasure Coast provides such support services to individuals exiting from the county jails, resulting in decreased recidivism rates fluctuating between 16-19%.  State-wide, the recidivism rate without such support services hovers around 39.9%.  Providing re-entry assistance to individuals proves to have a significant positive effect and is a true public safety initiative.